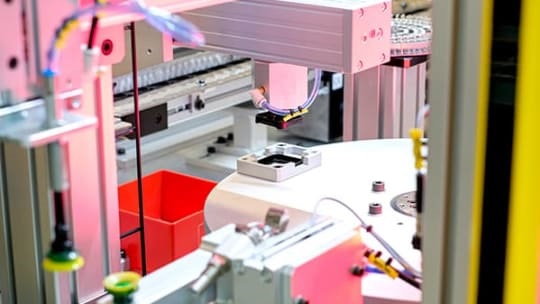 To meet the growing demand for detectors, Radonova has launched a new production line in Uppsala, Sweden. With an investment of 400,000 euros, the new production line will allow Radonova to increase its capacity by 300%. Customers will immediately benefit from increased reliability and shorter delivery t...

To meet the growing demand for detectors, Radonova has launched a new production line in Uppsala, Sweden. With an investment of 400,000 euros, the new production line will allow Radonova to increase its capacity by 300%. Customers will immediately benefit from increased reliability and shorter delivery times.

Increased demand for radon measurements
The increased need to measure is due to several factors. On the one hand we have stricter legislation and regulations. On the other hand, there is a greater awareness and more opportunities to carry out measures effectively on a large scale.
Radonova has also invested heavily in a digital transformation strategy to streamline its processes, further enhancing its ability to grow in line with market demand.

The new production line
– On the industry side, the new production line puts us firmly at the forefront of automating and digitizing detector production. We have introduced a new robot for the launch of the Radtrak³ detector, and it has worked very well since the beginning. This gives us greater stability and security during the production process. As a consequence it is a benefit for our customers, says Oscar Wärnerud, Laboratory Manager at Radonova.
The covid19 pandemic and the radon measurement
– 2020 was a year like no other and the pandemic affected our operations. For example, in markets where there is a requirement to use externally certified detector placement consultants, the opportunity to take measurements has been limited. However, at the same time, in general, we have seen increased international interest, due to the detrimental impact on human health of exposure to this gas.
Our new facility ensures that we will be able to meet the new global demand for measurements, says Karl Nilsson, CEO of Radonova Laboratories.

Why measure radon?
Around the world, approximately 230,000 people die each year from lung cancer caused by this gas. Radon is part of the uranium decay chain. Since uranium is found in many places in the Earth's crust, the gas is found almost everywhere. Mountainous areas and/or areas with cold climates may be particularly affected. The latter is due to the fact that levels can generally be higher in single-family homes.
But elevated levels can be found anywhere and should always be measured. Most countries in the world require measurements that give an annual average value, which usually means that radon is measured for at least three months.

Everything you need to know about Radon Gas
What is radon?
It is a colorless and odorless natural and radioactive gas. It comes from the ground and is formed from the radius that is present in rocks. Both Radium and Radon belong to the decay chain of Uranium.

The level of awareness of the radon gas problem among the population is still low. And fewer people are still aware of the risks of long-term exposure to radon gas. Radon gas is a public health problem
Currently, both the new technical building code in its health section and the European Directive 59/2013 require the measurement of radon gas.